Anterior Cruciate Ligament Reconstruction (ACL Reconstruction) is a surgical procedure that replaces the central ligament of the knee with a new ligament graft. The ligament graft can be an auto graft in which a part of the patient’s body such as a knee tendon or hamstring is used as the graft. Alternatively it could be an allograft in which the graft is from an external donor. The patient is required to stick to a rehabilitation program of two to six months after an anterior cruciate ligament reconstruction to successfully recover and resume full activities.

The ACL can be damaged by direct trauma, indirect twist or sporting activities mainly contact sports. Usually the tearing of the ACL occurs with a sudden direction change or when a deceleration force crosses the knee. The patient often feels or hears a popping sensation, has the rapid onset of swelling, and develops a buckling sensation in the knee when attempting to change direction.

What are the Symptoms of ACL Reconstruction?

-  Loss of range of motion.

-  A feeling of instability or "giving way" with weight bearing.

How is ACL Reconstruction Performed?

-  The surgery is performed by an arthroscopy.

-  During arthroscopy a small incision is made on the knee through which an arthroscope with a camera attached to it is inserted into the knee.

-  Other tiny incisions are made on the knee through which surgical instruments are inserted.

-  If an autograft is used, a larger incision is made to remove this ligament.

-  Tunnels are made into the bone to place the new tissue at the site of the old anterior cruciate ligament.

-  Screws may be used to attach the new ligament to the bone.

-  It also helps the ligament to be held firmly in its place.

-  Once the surgery is complete, the incisions are closed with stitches and dressing is applied

The patient can go home on the day of the surgery. The patient may have to wear knee brace for first four or five weeks. Some patients may need to use crutches for a month. Physical therapy assists several people to regain motion and strength in their knee.
Physical rehabilitation after ACL reconstruction may take several months to a year. The recovery period is different for every person. It may range from four to six months. 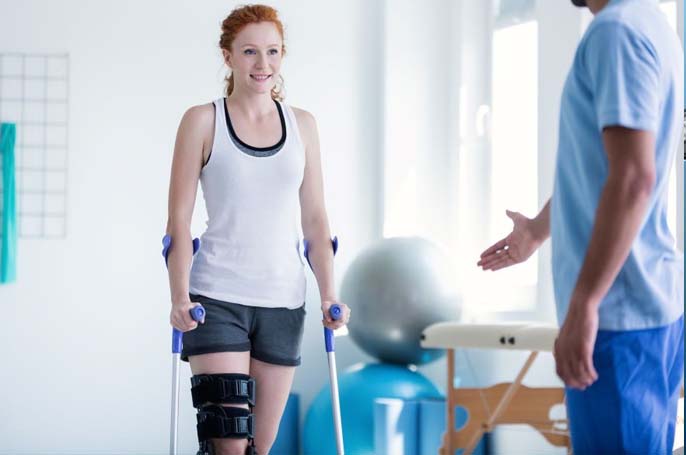